The Tamron 24-70mm f2.8 VC has been out for some time now and available with mounts for Nikon, Canon and Sony DSLRs. It also claims to be the first lens in its class with Vibration Compensation (that’s Vibration Reduction or Image Stabilisation to you Canikon folks). The Sony version doesn’t need VC as Sony has build Steady Shot into the bodies of their DSLR.

The VC aspect has generated much excitement amongst photographers as this lens is the first optically-stabilised fast zoom lens for full frame cameras – and its price tag doesn’t break the bank. Sounds miraculous doesn’t it? Which then leads to the logical question: is it any good?

In a nutshell, this lens gives you bang-for-your-buck value! I’ll write more about this lens in detail below, but for those of you who suffer from the dreaded TLDR syndrome, here are some key points from my review of the lens.

I’ll preface the rest of this review by saying that this isn’t going to be a technical review. It’s not going to delve into detail the likes of which would send most ardent lens technophile into euphoric ecstasy. Instead, this review will be based on lens use and performance and how it stacks up against its (more expensive) cousins, the Nikon 24-70mm f2.8 VR and the Canon 24-70mm 2.8L IS II.

It’s also worth noting that in shooting for this review, I shot with a Nikon D800 and used the lens without a filter. All images shown here have only had minor post-production in Lightroom (white balance, contrast, highlights/shadows).

What sells this lens for me is the performance of its Vibration Compensation. It claims to allow for 2-stops of compensation and while I found that pushing this to the limit did lead to some slight camera-shake blur, I would happily shoot with this lens well into 1 2/3 stops under hand held shutter speed.

And to give you a fair idea as to the power of the VC on the Tamron 24-70mm f2.8, have a look at these images (at full magnification) taken at varying shutter speeds, from within hand-held tolerance to well below it. 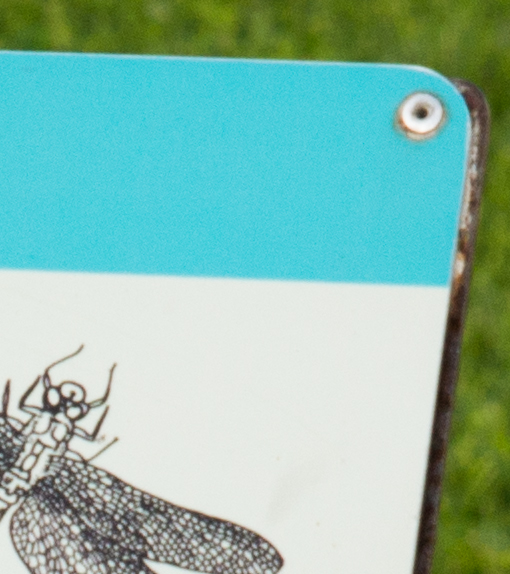 Where performance falls a little short in comparison to its Canikon cousins is the slight diffraction that occurs when you’re shooting at smaller apertures such as f11.0 and beyond.

These images were shot at f11.0, and you can see some visible softening of the edges when viewed at 100% magnification:

At even smaller apertures (such as those used when you intend to take long exposures of landscapes), the diffraction does wreak havoc with image sharpness at 100% magnification. This image was taken at f18.0 at ISO100 in order to obtain a shutter speed of 1/4:

The lens is also prone to blue fringing when you’re shooting into the light and have fine detail against the sky, such as this image taken at ISO400, f9.0, 1/50, 25mm:

Issues with diffraction at small apertures may put off photographers looking for an all-in-one fast-portrait-but-can-also-be-used-for-landscape lens here, but for most of us who shoot within the f2.8 – f9.0 aperture ranges, diffraction isn’t going to pose an issue. And that’s where this lens excels – when you’re shooting in wider apertures.

Edge distortion when you shoot at full 24mm with the Tamron 24-70mm on a full frame is noticeable, but easily corrected using Lens Correction functions in Lightroom and similar software. The image below shows the extent of distortion and the correction available in Lightroom.

If fracking wasn’t such a controversial issue these days, I’d say that this is a fracking good lens! 🙂

With its impressive VC performance, wide aperture sharpness and great image quality from wide open to mid-range apertures, it’s a winner in my books, and you wouldn’t usually get quality like this for anywhere less than $1500 – and this lens comes well under that price. Because of diffraction and sharpness issues at very small apertures, it may not be the lens for landscape photographers – if you’re into landscapes, you might be better served looking at another lens.

For those of you who shoot in low light, the VC is going to be a godsend and will probably tip you into choosing this lens over its more expensive in-brand equivalents. Using VC simply means that you can shoot at lower ISOs and still maintain hand held shutter speeds that will ensure quality images.

It’s a lens that feels right on your camera and is intuitive in its use (even if Tamron have switched the positions of the zoom and focus rings on the lens barrel).